De(radicalization) and Violence in Holy Texts

(De)radicalization and Dialogical Self, 30 May 2016

This conference was organised by the Netherlands – Indonesia Consortium for Muslim – Christian Relations in collaboration with the Research group on Religion, Migration and Cohesion at the Nijmegen Radboud University.

Participants explored ways to understand and prevent radicalization from the perspective of the Dialogical Self Theory and the possibility to submit a joint application in the framework of Horizon2020 programme on Secure Societies (2017).

In the first session, the theoretical framework was presented by Psychologist and Creator of Dialogical Self Theory Hubert Herman. In the following session, Dr. Suratno of the Paramadina University of Jakarta analysed four concrete cases of Muslim violent terrorists in Indonesia who converted in prison, whereas Prof. Sahiron Syamsuddin of the Islamic State University Sunan Kalijaga Yogyakarta, gave an overview of definitions of radicalism in the Islamic discourse and its remedies.

In his personal blog, Prof. Karel Steenbrink, Professor Emeritus in Intercultural Theology, describes his impressions of both conference days.

The conference on (de)radicalization marked the start of a three-day rally of conferences and meetings in the Netherlands with participants of the Consortium. Next in line was a round table meeting on Texts of terror in the Bible and the Quran, held at the Protestant Theological University in Amsterdam. 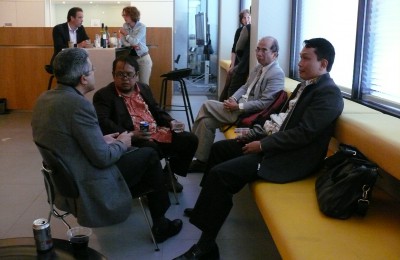 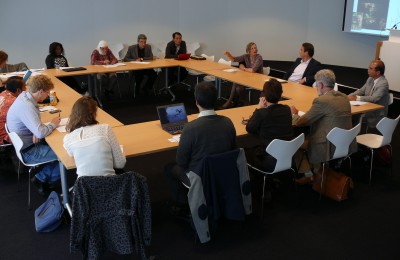 The meeting convened Muslim and Christian exegetes around this topic. Speaker Dr. Yaser Ellethy (VU/CIT) propagated that Quranic texts are sacred but the interpretations are not. This makes discussion about Quran interpretations possible and also enables discussion between Islamic Bible-exegetes and Christian theologians. Indonesian scholars Gerrit Singgih (UKDW), Robert Setio (UKDW) and Sahiron Syamsuddin (UIN Sunan Kalijaga) viewed violent text in the Bible and the Quran from various viewpoints, as did Stella van de Wetering (VU). Dr. Suratmo (Paramadina University) also spoke about his research on Indonesian IS followers and their motives to join the IS-camp.

Holy Scriptures and Violence in the Bible and the Quran, June 1, 2016

Many religious leaders wrestle with violent text in the Holy Scriptures and have serious problems in communicating these texts with their church communities. That was the reason for The Committee Interreligious Dialogue of the Dutch Council of Churches to organize this study meeting at the Protestants Landelijk Dienstencentrum in Utrecht.

In their presentations, scholars Raphael Evers, Ron van den Hout and Yaser Ellethy emphasized the importance of the historical context in reading these texts. As an example the case of the by IS burned to death Jordanian pilot was mentioned:
The extremists applied a text in which a person should be punished accordingly to the injustice he committed to others. The pilot had killed many persons with his bomber and therefore should be equally punished by burning. The cited text however, referred to a reaction of Mohammed in a situation in Mecca and should not be read without considering the historical situation at that time. 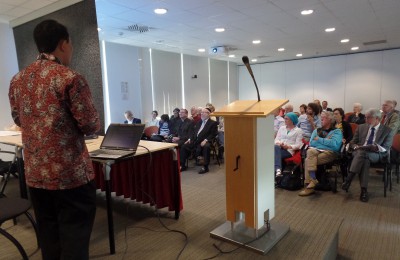 In between the meetings, another important event took place: on June 1, Daniel Listijabudi, UKDW PhD student, defended his dissertation  titled ‘The Mystical Quest as a Path to Peacebuilding. A Cross-textual Reading of the Stories of “Dewa Ruci” and “Jacob at the Jabbok” as a Contribution to Asian Multi-faith Hermeneutics’ at the Vrije Universiteit, Amsterdam. 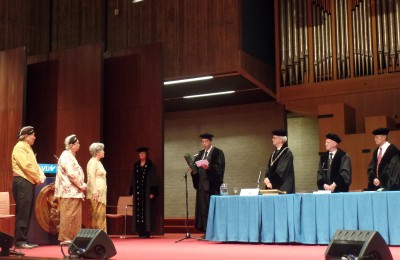 International Webinar – Pandemic in the History of Religions