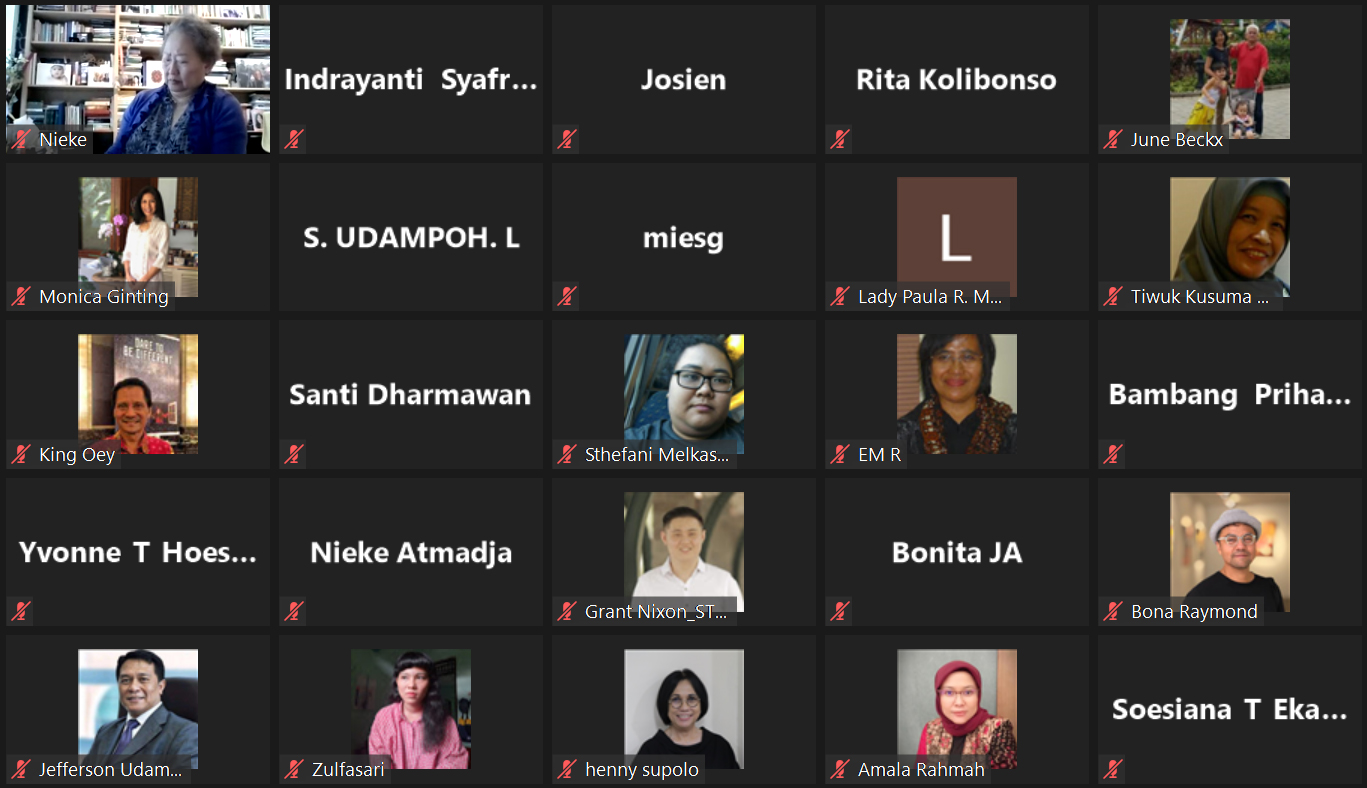 In Indonesia, there are Muslims who do not comply to the government’s covid-19 health protocols. They practice their worship in the usual ways they did before the pandemic. Some of them insisted on holding communal prayer meetings and refuse to pray from home. Some of them are found without masks when they communally pray. Despite all these dynamics on the ground, it is a relief to know that two big and respected Islamic organizations in Indonesia, namely Nahdathul Ulama and Muhammadiah advise the ummah to adhere to the guidelines set out by the government and the recommendations from the WHO.

Prof. Mulia argued that religion must play a functional role in society. Having said that, religion should be concerned with public issues like the covid-19 pandemic. Logic and rationality must guide religion. The lack of logic and rationality is apparent in religious understanding of gender relations.

On this issue, Prof. Mulia explained about the impact of this pandemic on gender relations in Indonesia. Based on the mini research that she conducted, she found out that women and children were the most vulnerable groups to domestic violence and other forms of gender injustice. There is an increase of domestic violence during the quarantine period as people must comply to the “stay-at-home” order. This order obligates people to stay indoors. For those whose houses are unsafe places, staying at home is unbearable and dangerous. Staying with abusive individuals or family members exposes them to violent and abusive behaviours. According to the statistics, there were 14,719 cases of domestic violence, happening in different areas: personal, community-based, and state-perpetrated. We need to be aware that the statistics do not tell us the whole story. The prevailing concept of shame hampers victims to report the violence they experienced to the authorities. It is a shame to admit one’s self as a victim of violence. Some were even intimidated by family members, etc. and threatened to be treated harshly if they report the case to authorities. 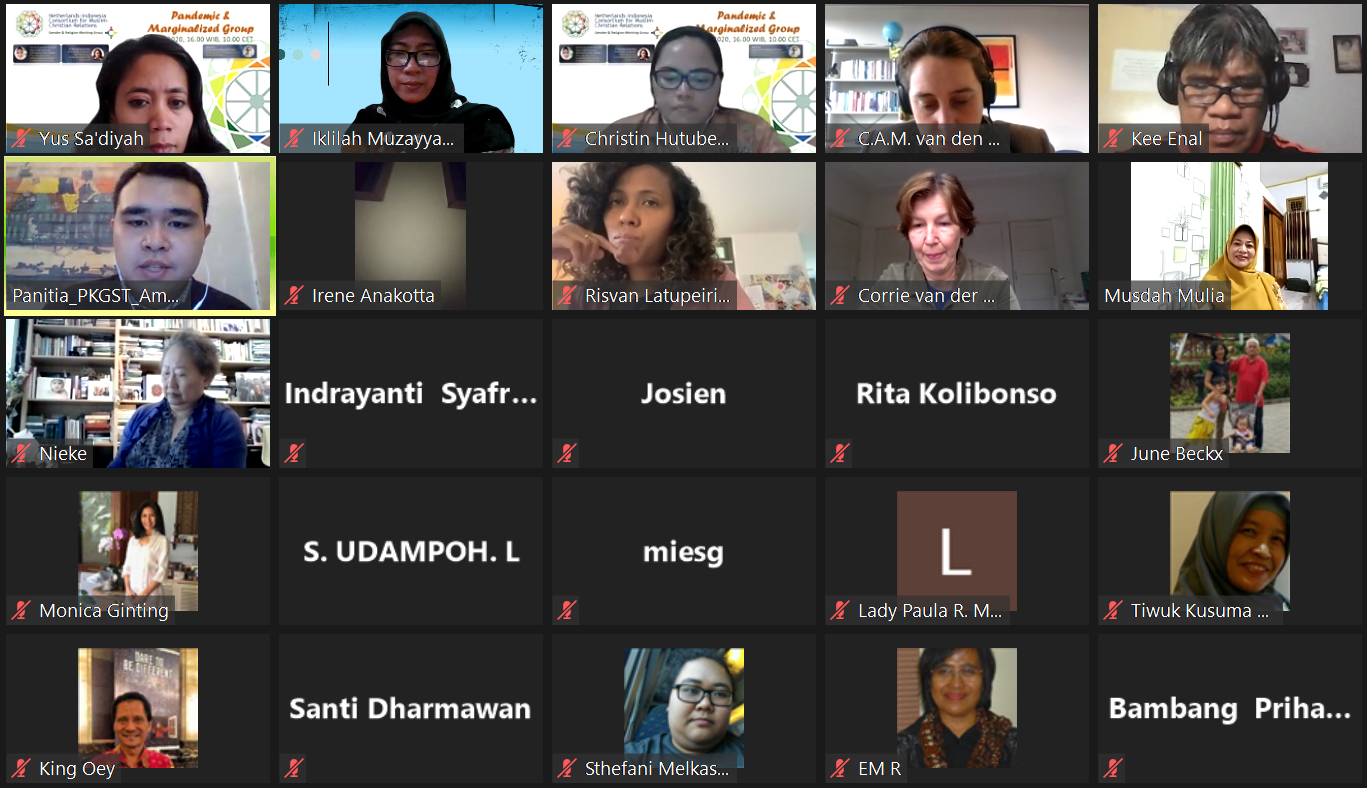 She also criticized the “masculine” handling of covid-19 pandemic in Indonesia. This is evident in many things. Excluding the involvement of the Ministry of Women Empowerment and Child Protection is proof that women’s voices are not deemed important in covid-19 handling in Indonesia. Also, the government used taglines and jargons that were overly masculine such as “vanguard”, “war on covid-19”, etc.

The second speaker, Dr. Mariecke Van der Berg, spoke about the portrait of transgender in Dutch media. She based her research on several Dutch publications, including magazines and newspapers. She mentioned that there were many different portrayals that the Dutch media made regarding transgender. First, she elaborated how transgenders were classified in the Dutch society.

She showed how the Dutch society views transgender and divide them into five categories. The first category is “Successful Transgender”, or those who have undergone medical surgery to suit the gender identity they belong to. This raises a question on who decides which transgender is successful and questions the question surrounding what constitutes a transgender identity.

The second category is “Pioneer”. This refers to those who audaciously deconstruct societal norms on gender and sexuality. They are identified as vanguards or defenders of other transgenders.

The third category is “Pawn”. This is imbued with the Dutch nationalistic ideals. Under this framework, people could be open towards transgender, but nationalism and the strengthened Dutch identity is the main factor that determines one’s acceptance in society.

The fourth identity is the “Fringe” category. Those who are classified under this category are seen as strange figures. They are often spectacled, dragged to spotlight but in ways that objectify them. For example, people enjoy watching transgender street musician or entertainer but in people’s thinking, they are not more than objects or tools to entertain.

The fifth identity is “Victim”. They are the ones who suffer the most due to the layers of identities they exhibit. For example, a person suffers not only from bearing a certain gender identity, but also because they belong to a certain ethnicity or race, considered unbecoming to the Dutch society.