The influence of religion on retaining or countering coloniality

In the beautiful setting of the medieval Kloosterkerk (Monastery Church) with clear traces of the colonial era in the former Dutch East Indies, the International 7th Interfaith Dialogue Conference met on 9 June 2022*. Silent witnesses from those tumultuous times were present. There was the original ship’s bell of the cruiser Hr.Ms. De Ruyter, which perished at the Battle of the Java Sea in 1942 and also the plaque of Rear Admiral Karel Doorman, who was in command and who went down together with his ship. 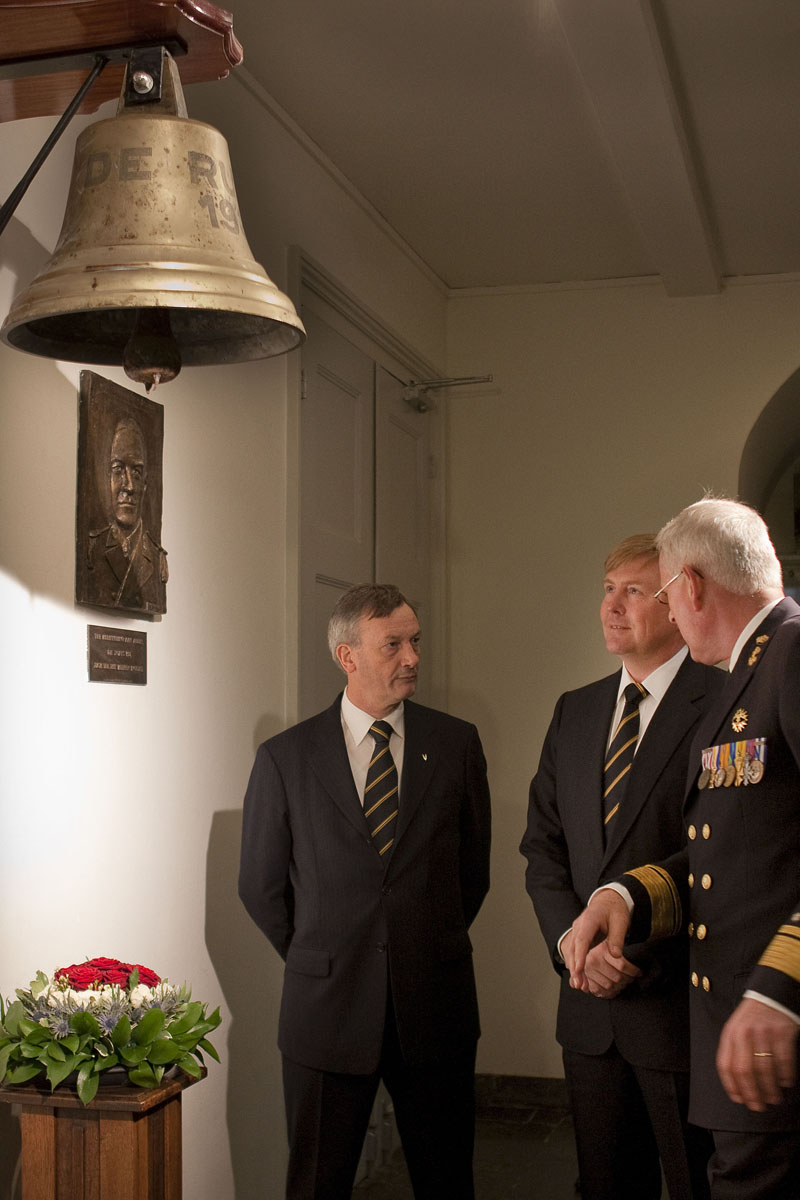 The conference aimed to gather expertise and knowledge on the theme of ‘Religion in Colonization and Decolonization, Indonesian-Dutch Confrontation, Confirmation, Transformation’ and was a collaboration of The Indonesian Embassy The Hague and the Netherlands-Indonesia Consortium for Muslim-Christian Relations (NICMCR). Eight speakers and four researchers gave act of presence by shedding their light on the theme, each from his/her own discipline, passing a variety of aspects in review.

Some of the aspects are reflected here.

First, the concept of religion itself proved to be enigmatic. Maria Inggrid Nabubhoga argued that in today’s Netherlands, modern social notions of secularisation, plurality, rationality, logic and liberalism seem to contrast with the concept of religion as seen through the Indonesian lens of morality. On the other hand, secularism allows freedom of religion, and therefore the establishment of mosques in a predominantly Judeo-Christian tradition is not strange. In line with that, religious practice in the Dutch welfare state is declining, yet religious values still remain strongly embedded in the attitudes of the Dutch, although they themselves do not consider them as such. The concept of religion constructed by the Dutch in colonial times is no longer self-evident in the Netherlands and is increasingly contested in Indonesia. So, she asked, what is religion and what religion are we talking about?

In his presentation, Gerry v. Klinken explained that originally Religion stood for emotion, inner strength, a sense of connection with the world around us. It was an inclusive idea, but after it was redefined by the Romans and adopted by the Christian Church, it became a hierarchical, authoritarian social order. Similarly, the word Agama, which means dharma in Sanskrit, became associated with an exclusive worship of one God, which causes conflicts and wars to this day.

But, Van Klinken continued, conversely, religion as an all-encompassing and universal bond can be a driving force. A force which drove Indonesian revolutionary fighters in their joint struggle for independence. In this way, Religion/Agama in its original, universal, inner inspiration has contributed to a greater interconnectedness between people striving for freedom.

photo: Indonesian Embassy The Hague. …in the church…

The role of the religious communities in Indonesia and their role on the road to independence was also underlined by Indonesian Coordinating Minister Mahfud MD. He emphasized the Islamic communities, the importance of the Islamic leaders, Ulama and the students, Santri’s. Sarekat Islam spread revolutionary ideas and acted as a catalyst for the people. Islamic thinkers and intellectuals, along with Christian and other religious communities, were involved in the development of the nation and are until today. Religion, he said, as a universal value could become a tool to cure a society of colonialism and its system of causing social inequality.

Perhaps, when we think about decolonisation and colonisation, from the historical past to the present, we are in fact talking about coloniality with ongoing powerstructures inherited from the colonial legacy.

Religion, be it as doctrine or institution, is hardly mentioned in understanding the meaning of coloniality. Does this mean that religion and religious studies contribute to the perpetuation of coloniality, or on the contrary, are they a pathway to overcome coloniality through awareness, critical thinking and interreligious dialogue?

As a platform for interreligious relations and dialogue, the NICMCR has, since its inception in 2010, been committed to decolonisation and breaking the pattern of colonialism. Corrie v.d. Ven expressed that the initiators, Kerk in Actie and the Christian University Duta Wacana (UKDW), promoted an equitable exchange of knowledge. The usually western-centric approach of Kerk in Actie in strengthening the Indonesian church and theology was challenged by the Indonesian partner’s intention to equally strengthen the Dutch church and theology, especially in relation to Islam.

Kor Grit brought up how the Dutch churches have struggled with colonialism in their missionary relations. After the Second World War, ideals like partnership, equality and reciprocity were introduced in the reorientation of mission. However, these ideals were disrupted by collaborating with the government in international development, the so-called World Diaconate. Like many European nations, the Dutch government developed aid programmes as part of its foreign policy, thereby relying heavily on churches and partner organizations. These churches received massive donations which were to be donated to their partners in Indonesia. However, development-aid programmes were initiated without consulting the Indonesian partners. He suggested that decolonisation of Dutch Protestantism could therefore be done by redefining the relationship between Church and State. Distancing the state could promote critical self-reflection and prevent future uncritical cooperation with state power.

Speaking about coloniality in the academic world, Welmoet Boender stated that awareness of the persistent power imbalances from the colonial past already penetrated academic studies. Nevertheless, there is still much work to be done in Western universities. Islam studies in the West, for instance, have a persistent idea that they should be ‘neutral’, by refraining from religious normativity or subjectivity, Islam and Muslims are to be studied as objects. She argued that there can never be “neutrality” and “objectivity” in theology and religious studies. Students must develop a critical-reflective, hermeneutic and dialogical attitude to become engaged scholars. To achieve this, the curricula of the faculties of religion and theology have an important and responsible role to play. Al Makin believes that post-colonial education should provide opportunities to welcome innovation, while remaining aware of pre-colonial traditions and, at the same time address the challenge of  how to express universal values in local language, identity and value.

In a reaction, Farid Alatas pointed out the imbalance in the dialogue between Indonesia and the Netherlands with, on the one hand, a lot of expertise on Islam in the Netherlands, but on the other hand almost none on Christianity in Indonesia. He argues that there are in fact many aspects of Christianity from which Muslims can learn, such as Christian liberation theology, secular modernity, historical critical tradition, etc.

Moch Nur Ichwan agrees with this notion of imbalance. He admits that there is still a theological blockage among the Muslim community. There are still many Muslim scholars who are still inward-looking and somehow unwilling to look beyond the Islamic world.

In another session, Moh Nur Ichwan, in contrast to Grit’s suggestion to distance religion from the state in the Netherlands, questioned the impotent and in some respects hypocritical attitude of the Indonesian government when it comes to religious issues, in accommodating religious political processes. This is the case with the right to freedom of religion and belief, the right to have no religion (atheism); marriage rights; child marriages; corporal punishment according to shari’a law (Aceh); new religious movements (beliefs and sects); etc. 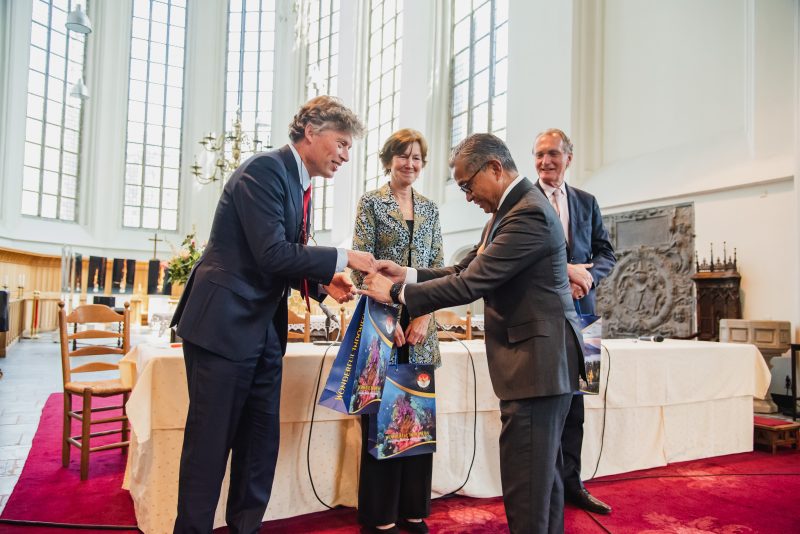 Earlier, Lies Marcoes already raised the issue of the alarming  number of child marriages in Indonesia, the second highest in the world. It was already practised in colonial times and still is now, 100 years later. It is practised by a number of religions and cultures in Indonesia. Here too, the state is unable to stand up against religious political hegemony.

Very moving were the moments when Freek Bakker remembered Islamologist and Theologian Karel Steenbrink. Steenbrink, one of the most ardent advocates of dialogue and connecting religions instead of pinning down differences, died on 22 August 2021 at the age of 79. He was an inter-religious, inter-cultural connector par excellence, who would be at the heart of this dialogue. According to Sahiron Syamsuddin, Steenbrink advocated an interpretive approach to the Qur’an, in which the Qur’anic text is regarded as definitive and the task then is to work together on the meaning and purpose of the text and on what the Qur’an says about various aspects. Karel Steenbrink, he said, used a balanced decolonised interpretation of the Qur’an.

The complexity of the theme was evident from the various aspects raised. Partly due to the lack of time, which allowed little time for discussion, it was not possible to paint a clear or lucid picture of where the theme is leading us or where we want to go with the theme. Nevertheless, the conference provided a number of building blocks on which to build further.

First, there were the comments on education. Religious education should never be neutral, yet should go beyond the colonizer-colonized relationship. Post-colonial education must provide space to implement innovative and universal values, while remaining critically aware of  history and pre-colonial traditions.

At his opening speech, Ambassador Mayerfas indicated that Interreligious Dialogue in itself will remain important. Three years after the previous Interreligious Dialogue (the 6th), held in 2019 at the Indonesian Embassy in The Hague, this conference upholds the tradition of continuing the dialogue between Indonesia and the Netherlands. Interreligious Dialogue is an inseparable part of Indonesian diplomacy. To emphasize this, he mentioned that under her chairmanship of the G20 this year, Indonesia plans to hold the Interfaith Forum 20, an annual platform where a network of religiously affiliated institutions and initiatives address global agendas.

Then, we should think about how to enter into dialogue with adherents of non-religious and non-theistic ideologies? The most confrontational aspect during the conference was the mention of communism. As Robert Setio pointed out, in Indonesia it reminds us of a very dark history in which religion also participated in the attack on communism. Although it might not be a theme of this dialogue now, it needs to be put into perspective in history and perhaps also now. How the struggle for freedom in Indonesia was fought jointly with communists was also mentioned. The aforementioned Sarekat Islam, the first Indonesian mass political movement, embraced communists and Muslims indiscriminately, overcome by the same sense of inner heroism. The same applied to atheism. The first principle of the Pancasila does not provide the freedom mentioned in Art 18 UDHR, which guarantees freedom of thought, conscience and religion, thus including non-theistic beliefs. These are the difficult issues, which we must at least start to endeavor to reflect on.

Finally: Modern concepts such as religious liberalism and secularism, pluralism, freedom of sexual orientation, etc. are unmentionable in Indonesia. In the Netherlands, they are considered part of the realisation of universal human rights. Does imposing these generally Western centric viewpoints on Indonesia constitute the logic of coloniality?

* The complete video of the conference and most of the transcripts can be found on the NICMCR website. If viewed on youtube, the description shows the timestamps of the respective speakers.