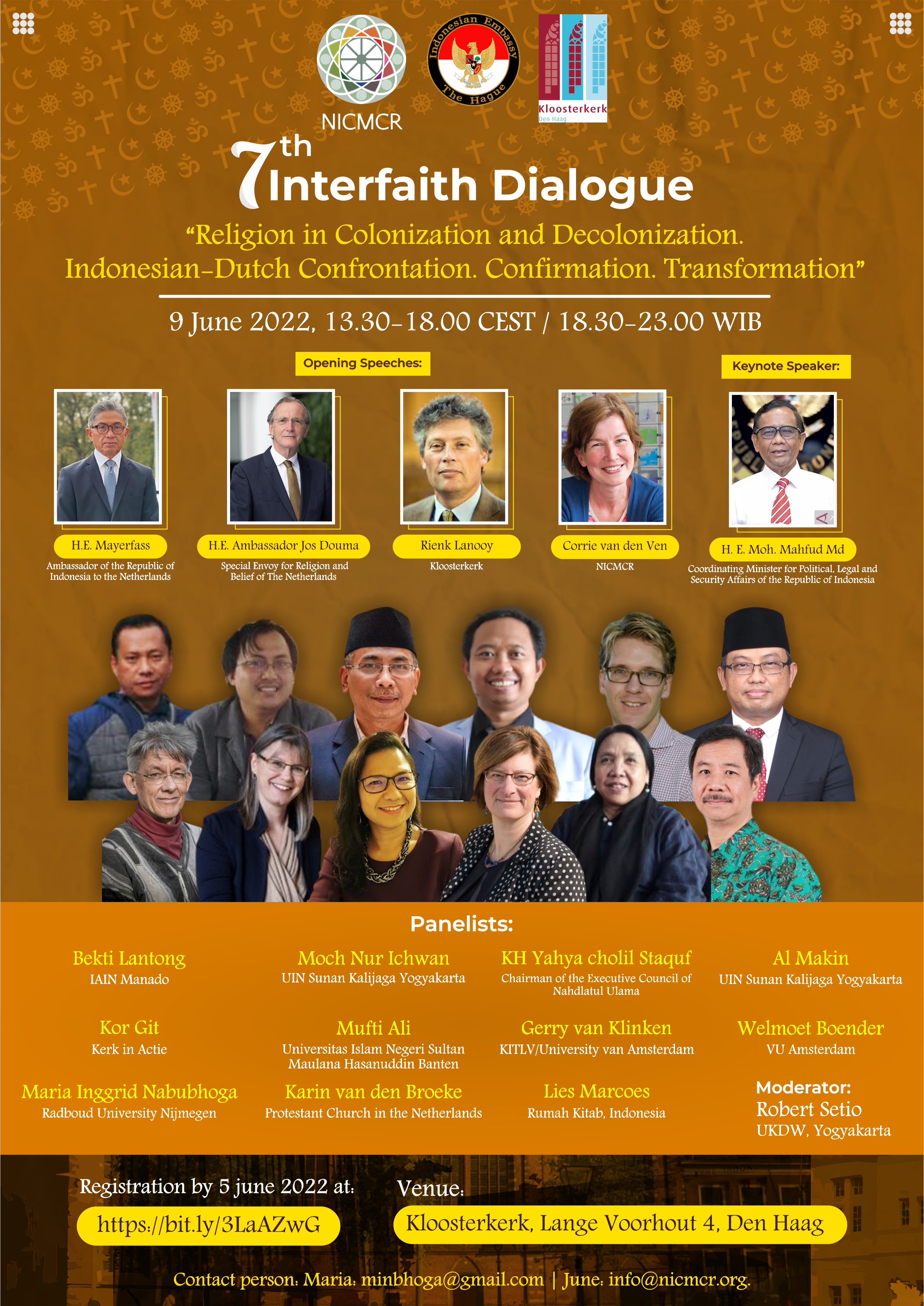 The Indonesian Embassy in the Netherlands, The Netherlands-Indonesia Consortium for Muslim-Christian Relations (NICMCR) and the Kloosterkerk will conduct the 7th Interfaith Dialogue with the theme: “Religion in Colonization and Decolonization. Indonesian-Dutch Confrontation, Confirmation, Transformation”. Through this conference, Christian and Muslim scholars and activists from both countries will meet and share their perspectives.

“Coloniality is different from colonialism. Colonialism denotes a political and economic relation in which the sovereignty of a nation or a people rests on the power of another nation, which makes such a nation an empire. Coloniality, instead, refers to long-standing patterns of power that emerged as a result of colonialism, but that define culture, labor, intersubjective relations, and knowledge production well beyond the strict limits of colonial administrations. Thus, coloniality survives colonialism.” (Maldonado-Torres (2007).

Decolonization covers many aspects and differences of view and method that may not all be accommodated at this conference. Guided by an inter-religious relationship, interreligious dialogue will help the conference to provide important focal points to discuss matters of decolonization, also those that often remain out of sight.

We cordially invite you to attend this conference. Please register via https://bit.ly/3LaAZwG  on or before 5 June 2022. Those who participate online, will then receive the link to join the conference on zoom.