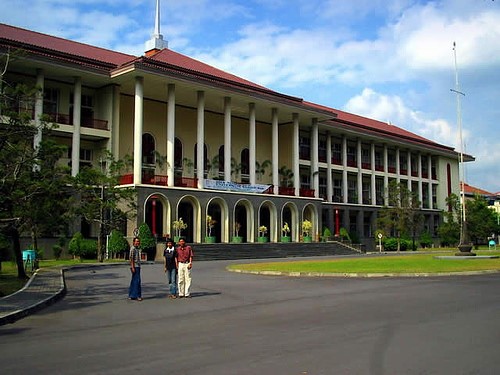 The Gadjah Mada University (UGM) in Yogyakarta, Central Java, has committed itself to be a Pancasila-campus by taking concrete action of clearing the campus mosque from radical activities and the Caliphate ideology.

This was announced by UGM’s new rector, Prof. Panut Mulyono,during a gathering (silaturahmi) with the press at the University Club on Monday afternoon, June 5, 2017.

One of the steps taken by the UGM, is obligatory including Pancasila related material in any subject with at least 30 minutes in every lecture. Other steps are comprehensive monitoring  of the admission of students and the management take over of the campus mosque, so as to prevent radical influence to enter the place.

“In declaring itself a Pancasila campus and in accordance with theThree Pillars of Tertiary Education (Tri Dharma Perguruan Tinggi), the UGM is committed to become a stronghold in order to implement the five points in all its activities. “

The Center for Religious and Cross-cultural Studies (CRCS) at the Graduate School of Gadjah Mada University, Yogyakarta, is Participant to the Netherlands-Indonesia Consortium for Muslim-Christian Relations.