How to cover Diversity Issues in the Digital Era

The digital revolution is not just a blessing for nowadays democracy, but it also poses challenges and threats. Movements of anti-democracy and trespassing human rights as reflected by, for instance, the increasing indulgence of Islamophobia and hatred against immigrants in Europe, could expand and become epidemic through social media.

In Indonesia the harshness of hoaxes and fake information in social media has quickly changed the public face. Unfortunately not to more openness and maturity, but instead to more exclusivism, fanaticism, intolerance and discrimination towards religion, ethnicity and other affairs which are deemed not in accordance with conservative norms.

Therefore, the debate about digital democracy is accompanied by fierce tensions related to the boundaries of freedom of opinion, expression and information.
Provocation, intimidation (hate speech) and violence repeatedly marginalize the rights of citizens of which Ahmadiyah, Syiah, Churches, Communists, Gafatar, LGBT and other minorities often are the targets.

Due to lack of awareness to make news according to the Constitution, human rights principles and tolerance, many journalists still avoid self-censorship or even report bias on racial issues.

In fact, the Act no 40, 1999 on the Press, Journalistic Code of Ethics and Code of Conduct of Broadcasters and Broadcast Program Standards, requires news that respect diversity. With that, the broad influence of mass media on TV as well as online, can easily lead to constructive and harmonious societal actions.

To that end SEJUK, together with the Friedrich-Naumann-Stiftung für die Freiheit and EngageMedia invites colleague campus journalists to the Workshop ‘Covering Diversity Issues in the Digital Age”. 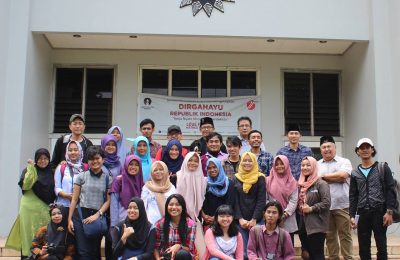 To join the workshops, please register at daftar.sejuk@gmail.com. Terms and conditions of registering and participation can be obtained with Rifa:
+6285719461141, or visit the website www.sejuk.org

The Union of Journalists for Diversity (Serikat Jurnalis untuk Keberagaman SEJUK) is Participant to the Netherlands-Indonesia Consortium for Muslim-Christian Relations.